PORTLAND TENNESSEE: (Smokey Barn News) – A pickup truck became hopelessly stuck on the tracks at a railroad crossing that was under construction as a train was approaching. 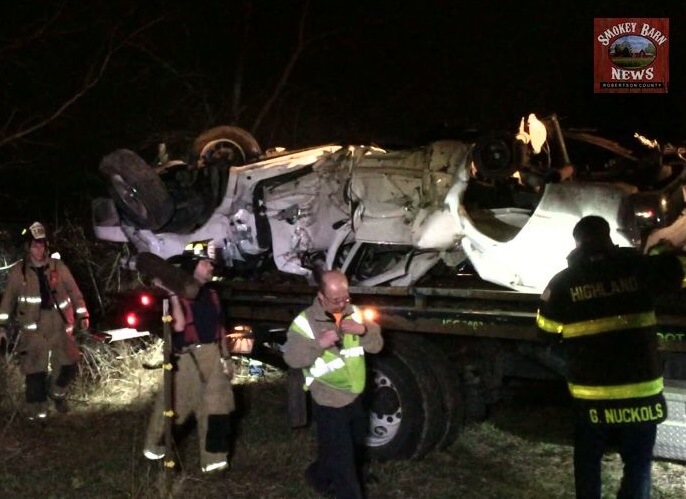 The accident occurred around 6:30pm Saturday evening at the North Swamp Rd crossing in the Mitchellville area just outside Portland TN. MAP

The driver was able to escape before the impact which dragged the full sized pickup over 2300 feet, about a half a mile down the tracks.

With the pickup truck lodged on the front, the train came to a stop in an isolated rural area that was difficult for officials to navigate to. The entire process of freeing the truck from the train and removing it from the tracks took over four hours.

The truck looked more like a crushed tin can than a truck after the wreck.

According to the Sumner County Sheriff’s Office the driver of the pickup truck was taken into custody under the suspicion of DUI.

The Sumner County Sheriff’s Office, the Highland Volunteer Fire Department, CSX Engineers and officials and the Portland Fire Department all responded the the scene.

This is the third accident involving a train and a motor vehicle in the Roberson County area this month. On February 1st a pickup truck was hit by a train in Springfield (Full Story) and just five days later a passenger car was struck by a train in Greenbrier. (Full Story) In all three accidents no one was seriously injured.