According to Springfield Police, around 2:30 am, officers were dispatched to Waffle House located at 2100 Memorial Blvd MAP in reference to a shooting in the parking lot. According to radio traffic, the call came in that three cars were shooting at each other.

Police arrived to find that two people were shot. One of the victims was transported to NorthCrest Medical Center and then to Skyline Medical Center for treatment. This victim was treated and released. 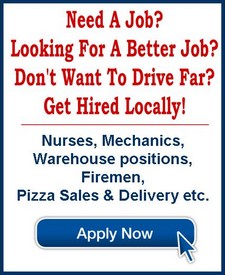 A second victim also went to NorthCrest Medical Center by private transport. This victim also had a non-life-threatening injury and was released.

Just 30 minutes after the shooting at Waffle House, another call came into 911 about shots fired on S. Main St., MAP Police arrived to find an abandoned vehicle peppered with bullet holes.

Police are not saying if the incident on S. Main St and Waffle House are connected.

Springfield Police detectives are following up on leads and any additional information concerning this incident will be forthcoming.

If you have any information concerning this incident is encouraged to contact Springfield Police Department at 615-384- 8422 or Crime Stoppers at 615-382- 3799.