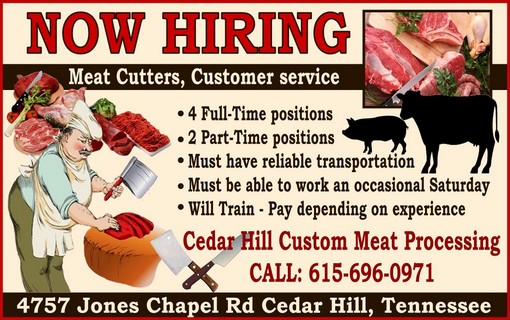 Lozano is serving time for a misdemeanor assault charge and has no last known address. Anyone with information on the warabouts of Lozano’s should call the Metro Nashville Police Department at 615.862.8600.

There have been three suspects on the run in or near Robertson County in the last few days. The Millersville Police department is currently searching for a different suspect that fled on foot from a traffic stop in the area of Slater’s Creek Access. The incident occurred on Sunday. This suspect is also still at large. FULL STORY

The third suspect (now captured) ran after a Trooper rolled up on a two-car property damage crash on I-65 South at the 105mm. The incident occurred on Saturday. A male suspect ran into the woods. He was soon taken into custody. His charges are pending. The Tennessee Highway Patrol employed a helicopter to aid in the search. The identity of the third suspect has not yet been released.