According to the Tennessee Highway Patrol, 35-year-old Christopher Mark Akins from Gallatin lost his life in the crash.

According to the THP’s preliminary report obtained by Smokey Barn News, Akins, in a white 2002 GMC Sierra, was traveling west on Interstate 24 near mile-marker 19 when his vehicle rear-ended a tractor-trailer. The Semi was stopped in the number 2 lane due to a build-up of traffic on the interstate. After conducting an investigation, it appears the pickup switched lanes in an attempt to avoid the semi before the crash.

The Pleasant View Volunteer Fire Department, Robertson County EMS, and the Tennessee Highway Patrol all responded to the scene.

The thoughts and prayers of the staff at Smokey Barn News will be with the Akins’ family as they face the days ahead. 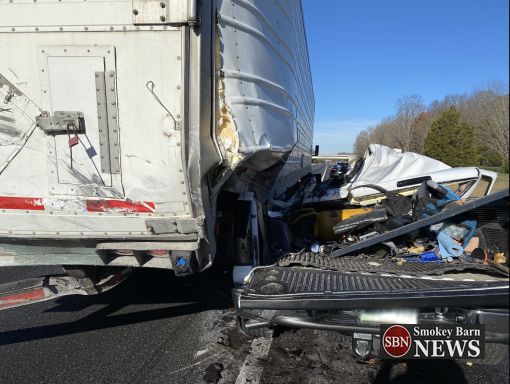 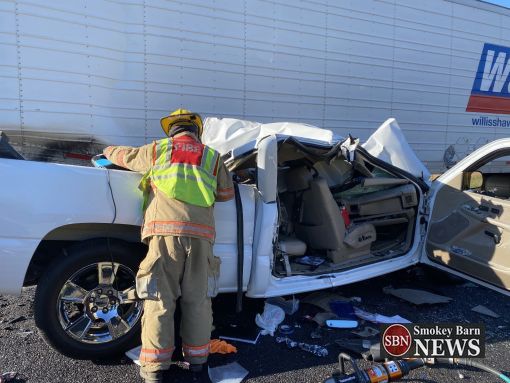