Around 2:45PM Thursday fire crews were called to 7973 Cedar Grove Rd in Cross Plains for a grass fire that was threatening some trees and a few small out buildings. The resident V.L Morehead had been burning some leaves and brush when the fire got out of control. Russell Gupton the Assistant Director for Robertson County EMS said it was probably the wind and Mr. Morehead being an older gentleman in declining health wasn’t able to keep up with it. It appeared as though he was attempting to regain control of the fire with a rake, Gupton said. 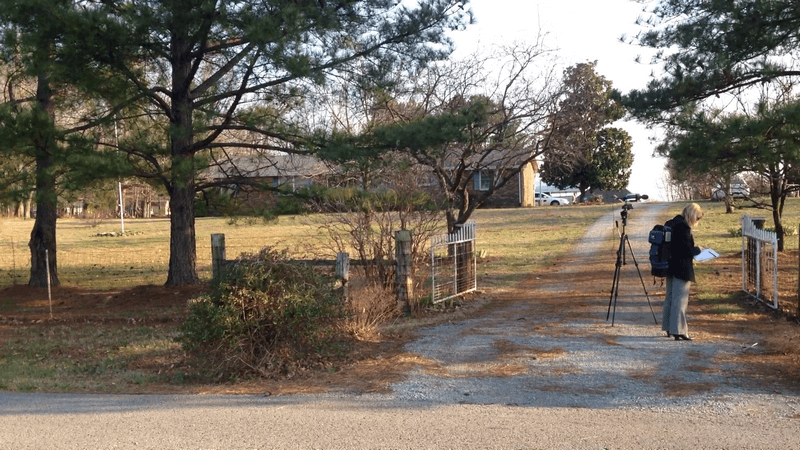 Both Russel Gupton and Cross Plains Fire Chief Tommy Jackson believe that at some point Mr. Morehead succumbed to the effects of the smoke and passed out. A neighbor saw the fire and called 911. No one knew Morehead was home until a firefighter spotted his body. By the time fire crews found him the fire had encroached upon him. The fire also spread to a neighboring property to the left of the Morehead home and damaged two out buildings, three vehicles and some lawnmowers, Jackson said.

It was hard to miss that something was up at the Morehead home this afternoon. There were several reporters in front of the home and News 4’s helicopter was circling above.  Smokey spoke to many concerned neighbors that stopped in front of the home. Everyone was very concerned about a man they all clearly loved..

One neighbor reported seeing Morehead in the morning (and as we understand it) even the Cross Plains Police Chief  Mike Henderson just happened to be passing by Morehead’s home earlier and stopped by to say hi. V.L Morehead was an older guy that was not only well known but well liked by the community of Cross Plains.  Morehead had been a widower for some years and lived alone at the home. His neighbor had just lost his wife less than a week ago and said Morehead was checking up on him, telling him everything would be OK.

Other neighbors said he loved his garden and had just pulled down the bird houses to get them ready for spring. Another neighbor said “If you needed it and he had it, it was yours.”

We don’t know Mr. Morehead’s exact age but neighbors thought him to be between 70 and 80. I walked away with little doubt that V.L Morehead will be missed by many, heck after talking to everyone out there in Cross Plains I miss him myself, and we never met.

Smokey would like to convey our deepest sympathy to the family and friends of  Mr. Morehead.

As soon as we know when the services will be, we will let you know.