UPDATE: According to White House Police, the incident began with an attempted traffic stop for a suspected impaired driver on Sage Rd. According to White House Police Chief Pat Brady, the driver, now identified as 34-year-old Dustin Michael Dean, did not stop. Due to the proximity to homes, the officer made the decision not to pursue and lost sight of the driver on Cedarbrook Drive. Minutes later, however, while patrolling the area, the officer once again encountered the same vehicle parked in a driveway on Cedarbrook Drive with its lights off. The officer once again activated lights and siren.

According to Chief Brady, the driver again fled (with lights off) going around the officer’s vehicle. Again the officer did not pursue. Driving back up Cedarbrook Drive, the officer encountered another White House Officer who saw the vehicle “fly by” but the second officer again did not pursue. As the two officers talked, they heard a crash that allegedly turned out to be the same vehicle. The vehicle had struck another vehicle (pictured below) and then impacted a utility pole affecting power to the area.

Dean was charged with Felony Evading, Reckless Driving, Not Wearing a Seatbelt, and Due Care. Dean was transported to the Robertson County Detention Facility in Springfield, his bond was set at $10,000. According to Chief Brady, after bonding out of jail the next morning, Dean (with a friend) went back to the area of the crash. The presence of the two men in a nearby field apparently appeared suspicious to someone who called authorities, Brady said. When police arrived, Dean indicated that he was 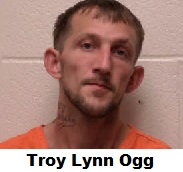 looking for his cell phone that he had thrown out the window the night before, Brady said. Running the ID of the second gentleman with Dean (now identified as 31-year-old Troy Ogg) the officer discovered that Ogg had a warrant out of Robertson County. Ogg was taken into custody and transported to the Robertson County Detention Facility in Springfield. Whether the cell phone was recovered was not immediately available.

CORRECTION: Due to a clerical error on our part with two records at the Robertson County Detention Facility, our original report indicated that Jacob Ogg instead of Troy Ogg was with Dean.  We apologize for the misinformation and we have made the correction.

As far as a cause of the crash itself, the Tennessee Highway Patrol is leading the investigation. According to their preliminary report, Dustin Dean, driving a 2008 Chevrolet Malibu, was involved in a pursuit with the White House Police Department. Dean was traveling west on McCurdy Road and traveled through the intersection of McCurdy Road/US 31W, the report stated.

The Malibu then traveled through the intersection and struck the front end of a 2013 BMW 328i traveling south on 31W. According to the T.H.P., the BMW had the green light. After impact, the Malibu traveled off the right side of the roadway and struck a utility pole. The Malibu rotated counter-clockwise and came to final rest off the right side of the roadway. The driver of the BMW, a 15-year-old minor from White House Tennessee, was not injured in the crash. A passenger in the BMW was also uninjured. According to the T.H.P., Dean was injured in the crash.

The crash resulted in a power outage in the area. CEMC worked quickly and had the grid repaired, limiting the outage to about 20 minutes, according to one report. The crash occurred on 31 W at Sage Rd just before 9 pm. MAP

It was a busy night for first responders in White House. Minutes earlier, a truck and a moped collided on Calista Rd near Wilkinson Ln. MAP Fortunately, no injuries were reported. 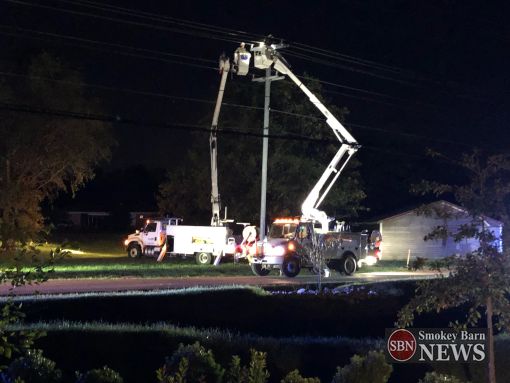 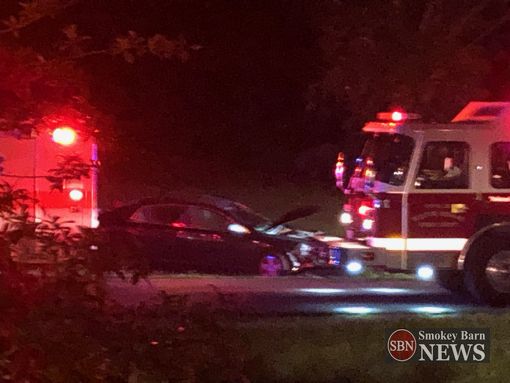 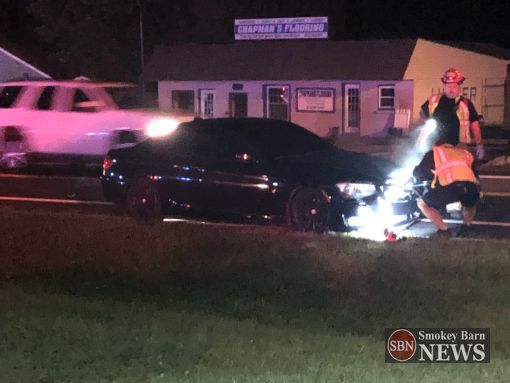