JOELTON TENNESSEE: (Smokey Barn News) – A trail camera near Joelton is offering us the best look so far of bear sighting number four in the Robertson County area.

According to the Tennessee Wildlife Resources Agency, the image was captured this weekend near Baxter Rd which sits at the bottom edge of Robertson County. MAP The photo was captured on Saturday, Aug 17, by a trail cam owned by a hunter that was monitoring deer in the area. 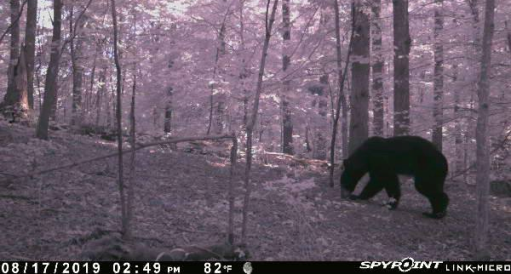 According to the TWRA,  there isn’t a breeding population of bears in Middle Tennessee but it is not uncommon to see young bears moving through the area looking to set up their own home range. Typically, the young males will travel long distances away from established bear populations before circling back and settling on the fringe of the existing bear population.

The first bear sighting in Robertson County was back on June 29th in Cross Plains. The bear was spotted several times near the city’s Annual Trash & Treasures event.

According to Fire Chief Tommy Jackson with the Cross Plains Fire Department, the first sighting was around South Cedar St at the four-way stop about 100 yards down. “He went (east) across to Jernigan Rd. He was spotted again on Jernigan going through a fence,” Jackson said.MAP

Chief Jackson said the bear is medium-sized and seems to be avoiding people. Three of four people reported seeing the bear. Jackson estimated that the bear wandered about 75 yards from the event. FULL STORY

Sighting number two (also on trail camera) was on July 27th in Cedar Hill. The Walker family, Lacey and Jay, (owners of Transmission Exchange in Springfield) enjoy the outdoors and set up a trail cam on their property, located on Maxey Road in Cedar Hill. MAP  The Walkers hadn’t checked the camera in a while and decided it was time to go through the photos. Most of the time the Walker’s camera captures deer and raccoons but on July 27th the camera captured something a little different, a black bear.

Sighting number three occurred just a few days later, exactly 30 days to the day after the first sighting.  A woman hit a bear with her vehicle in Cedar Hill.

The accident occurred in Cedar Hill on Turnersville Rd at 2:15 am Monday, July 29th. MAP As you can see in the photo below, the bear made claw marks in the road trying to avoid the collision.

According to State Wildlife Officer Kaleb Stratton, the bear was no worse for the wear after colliding with the vehicle and ran off after the impact. The driver told officials that she swerved trying to avoid hitting the animal but the passenger side front fender and bumper made contact with the bear. A search for the bear that lasted several hours by the TWRA turned up nothing. Stratton says the impact was a glancing blow and the bear was likely not seriously injured.

We have added a sighting map below that may suggest that a bear or several bears are navigating around the more populated areas of Robertson County.

What should I do if I encounter a bear at close range?
The first rule is that you want to make your presence known by yelling and shouting at the bear in an attempt to scare it away. If a bear is reluctant to leave then proceed to throw rocks or other objects at the bear while continuing to yell. Portray yourself as the dominant animal and do not back down. If a bear is close enough that you feel uncomfortable, slowly back away, continuing to yell while watching the bear at all times. Never run from a black bear as this may trigger a natural response to chase.

Are black bears dangerous?
Black bears are normally very elusive and shy animals… and unless they have become accustomed to human food sources, they tend to avoid people. Bears are very curious animals, however, and this should not be mistaken for aggression. Prevent any conflicts by treating bears with respect as they are wild animals whose behaviors can be unpredictable.

Black bears are one of Tennessee’s state treasures and no other animal exemplifies the wilderness experience like them. They have been called a charismatic mega-fauna and for good reason – everyone from non-hunters, to hunters, to wildlife watchers – we all love bears in our own special ways. For these reasons, it is everyone’s responsibility to keep them wild and keep them alive. 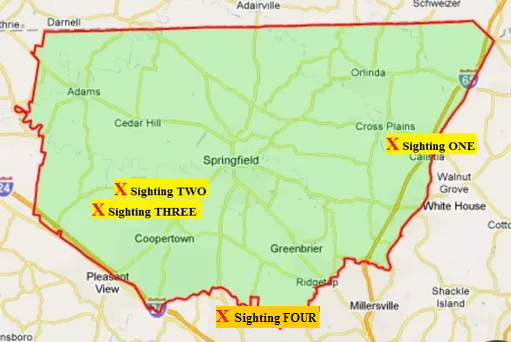