The incident was first reported at around 8:40 pm when a man walked into the Springfield Fire Station on Central Ave suffering from multiple gunshot wounds. 12 minutes later another shooting victim arrived by private vehicle at TriStar NorthCrest Medical Center in Springfield. 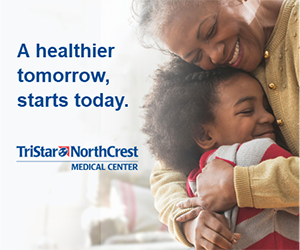 According to Springfield Police, the shooting occurred at an apartment complex located at 1212 Mathews St. LOCATION OF SHOOTING  The complex is located less than 300 feet from the Central Ave Fire and EMS stations. By the number of yellow tags on the ground, somewhere between 8 and 10 shots were fired.

One of the victims is being treated at TriStar NorthCrest Medical Center in Springfield, the other was transported to Skyline Medical Center in Nashville.  Both victims are reported to be in stable condition, and according to Springfield Police Chief Jason Head, the shooting appears to be an isolated incident.