First Day Of School, 7 Year Old Goes Missing For About An Hour 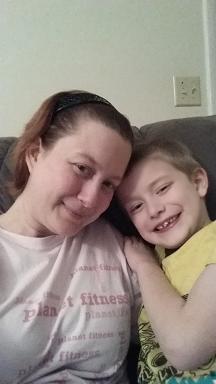 WHITE HOUSE TENNESSEE: (Smokey Barn News) – Yesterday Smokey reported on a 7 year old boy from H. B. Williams elementary that ended up on the wrong bus after school and got off at the wrong stop. Authorities indicated that the boy was missing for about an hour but according to the boy’s mother he was missing for almost three hours, an eternity for any mother when the location of her child is not certain.

Kayla Davis told Smokey this morning that after her son was let out of school at 2:15PM she didn’t see him until about 5:00PM.

According to Mrs Davis, her son Kean was put on the (wrong) bus at 2:15pm. The bus that Mrs Davis thought her son was on came and went and Kean was not there. Mrs Davis immediately called the boys Great-Grandmother thinking the boy may have boarded the bus to her house. Kean had gone to his Great-Grandmother’s house before, but he was not there either. Mrs Davis then called the school to see if he was still there but he was not, by this time it was 2:55PM, according to Davis’ call log in her cell phone.

It’s at this point the story takes a turn and sends Mrs Davis into a panic. As the children were escorted into the center from the bus there names were checked on a list. Kean’s name was not on the list and according to Mrs Davis, because the center employee remembered her son Kean’s name was simply added to the bottom of the list. For some reason when the boy’s Great-Grandmother arrived at the center (whomever she spoke to) apparently didn’t realize the child was in fact in their care, according to Davis. 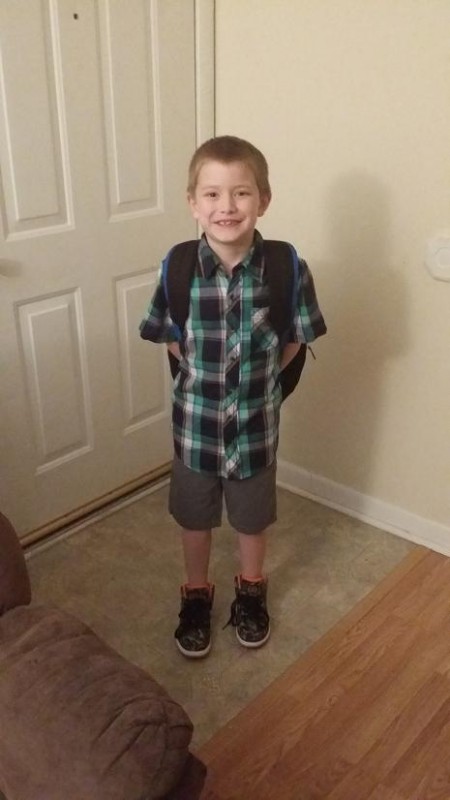 Mrs Davis then called the school’s dispatch center and they radioed all the drivers to see if any of them had an extra child but none did.

It was at that point that Mrs Davis began to panic and calls White House Police, by this time it was already 3:42PM. From this point on Smokey’s original story below is accurate. The piece we were missing was the events leading up to Mrs Davis calling 911.

After White House Police were called the boy was found in less than an hour, about 4:20PM according to White House Police Chief Pat Brady. The officer that received word of the child’s location then went to retrieve him and bring him home, by this point it’s now about 4:45PM about two and a half hours from the boy’s departure from school.

According to Sumner County Schools’ spokesman Jeremy Johnson, the student has three different approved locations set up to go to after school, home, Grandma’s and the Learning center, that fact probably helped create the situation but at no point was the child in any danger.  Mrs Davis agrees, though she didn’t know where her son was, she does not believe her son was ever in any danger but she believes the system might need a little improving to prevent this kind of incident from happening in the future.

Today was the first day of school for many local students and for the most part the day went without a hitch. There, however, was one brief incident that quickened a few pulses over in White House. A 7 year old boy from H. B. Williams elementary ended up on the wrong bus after school and got off at the wrong stop. For about an hour no one knew where the boy was. After realizing the boy was missing, school officials quickly informed White House Police and the search was on.

During the search, all the buses that had returned to base were  re-searched. Normal procedure is for drivers to search their bus from front to back at the end of their run because (as we all know) sometimes a child will go to sleep on a bus or even hide but the boy was nowhere to be found. At one point authorities thought the boy was on a bus still in route but the driver couldn’t be reached, officials theorized that a load of rambunctious children might be drowning out the radio.

White House Police Investigators began searching the streets they believed the boy may have been familiar with including the street that the boy’s grandmother lived on. This was a real all-out search involving the boys parents, White House Police and School officials. Police were in constant contact with the boys parents, it’s everyone’s worst fear, a missing 7 year old. Radio traffic was very heavy with every theory as to where the boy could be.

After searching for about an hour the boy was located at the Learning Center on Hwy 31W, according to White House Police Chief Pat Brady.

According to Director of schools Del Phillips for the Sumner side of White House, the boy had attended the Learning Center last year and the system still showed that he was signed up to go there. The system just took the boy where it thought he was supposed to go, Phillips said.

Phillips went on to say, “We’re just proud that everyone was able to work together and resolve this issue relatively quickly. It’s also positive that the student was never out of the school district’s control. We certainly understand that we want everyone to get to their correct safe location, and that’s our goal each and every day of the school year.”

This was probably a good test of the School system’s Security. Even after putting the boy on the wrong bus or even if the boy got on the wrong bus himself or if it was all just a computer glitch the boy was never out of the schools control. The only reason for the delay in locating the boy were two factors, one, it took the Learning Center a few minutes to realize that they had a little boy that didn’t belong there and, two, being the first day of school there were a few bugs in the system.

The important thing is that the boy was never in any real danger.