ROBERTSON COUNTY TENNESSEE: (Smokey Barn News) –  Robertson County Game Warden, Kaleb Stratton, is reaching out to local hunters with news concerning a disease affecting Tennessee Deer. This report covers ways you can help and what you need to know. 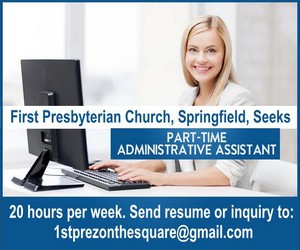 The Tennessee Wildlife Resources Agency (TWRA) is enacting the Chronic Wasting Disease (CWD) Response plan, following a preliminary positive detection of CWD in white-tailed deer in Hardeman and Fayette counties. The response plan involves a coordinated effort between TWRA, Tennessee Department of Agriculture, and other partners.

Seven deer in Fayette County and three in Hardeman County have preliminarily tested positive for CWD. Additional samples are being tested and the TWRA is actively trying to contact the hunters who harvested these deer.

“Once arrangements are made, TWRA will be encouraging hunters harvesting deer in these areas to submit their deer for testing,” said Chuck Yoest, TWRA CWD Coordinator.

“Hunters are our biggest ally in managing chronic wasting disease in Tennessee if it is confirmed here,” said Dr. Dan Grove, Wildlife Veterinarian, University of Tennessee Extension. “Besides submitting deer from the to-be-defined CWD Zone, the most important thing everyone needs to do is follow the regulations for moving harvested deer. LINK to more information about CWD. 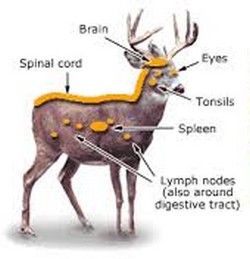 Although CWD has no known risk to the health of humans or livestock, it is a contagious and deadly neurological disorder that affects members of the deer family. It is transmitted through animal-to-animal contact, animal contact with a contaminated environment, and with contaminated feed or water sources. It is the most significant threat to the deer population nationwide, as it is 100 percent fatal to deer and elk. Wildlife agencies across the country are working to inform the public about CWD, its deadly results and possible impacts to economies.

“There have been no signs of the meat affecting humans. So it is safe. They warn not to eat parts of the animal where the CWD may live. Examples would be brain, lymph nodes, etc… (typically parts you wouldn’t eat)” – Robertson County Game Warden Kaleb Stratton. 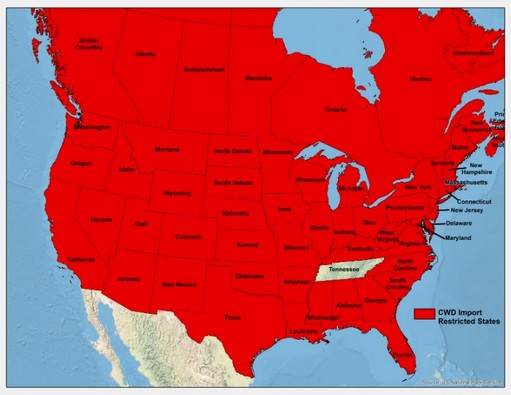 Last week, Mississippi announced a preliminary CWD positive hunter-harvested deer in Marshall County which became the closest to Tennessee and the fourth overall this year in Mississippi.

Other confirmed cases have previously been made in the border states of Arkansas, Missouri, and Virginia.

More information about CWD, including cervid import restrictions, and videos that explain how to properly dress an animal before transporting it, can be found on TWRA’s website.