In his 7 years of service, K-9 Kane contributed to 433 arrests and citations, 988 searches, 1,093 other unit/agency assists, 379 incidents of narcotics found, and 138 school searches. In addition, K-9 Kane has had countless positive contacts with the public as part of his daily patrols. K-9 Kane will retire with his handler, Detective Brett Keck.

“K-9 Deputy Sheriff Kane will be missed here at the Sheriff’s Office. He was an important part of the Sheriff’s Office team. He has been a great asset for serving and protecting the citizens of Robertson County. We know that he will have a happy retirement with his handler, Detective Brett Keck,” stated Sheriff Michael Van Dyke.

We’re told that K-9 Deputy Sheriff Kane will live out his golden years on a farm. 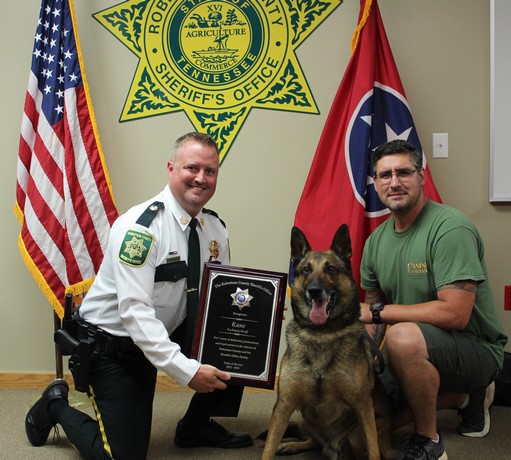