SPRINGFIELD TENNESSEE: (Smokey Barn News) –Hwy 49 just outside of Springfield near Wilks Rd was closed until about 1:30 am due to an accident involving a large transit bus filled with people. Officials say the bus was transporting Macy’s workers from a warehouse in Portland, Tn to Clarksville.

Multiple agencies responded to the crash that occurred just after 6:30 pm on Hwy 49 between Wilks Rd and Owens Chapel Rd. MAP. Officials tell Smokey Barn News that the bus, owned by Safe Harbor, was carrying around 20-30 Macy’s employees when the bus caught fire and rolled into a ditch.

According to Robertson County EMS Assistant Director Russell Gupton, eleven passengers were transported to area hospitals but no life-threatening injuries were reported. There was one refusal, Gupton said,  and several people on the transfer bus that may seek treatment at a later time. The injuries ranged from very minor to fractured bones, Gupton said. Lifeflight was called but did not land. The remaining occupants were transferred to an Evansville Vanderburgh School Corp bus and evacuated.

Also on scene was Robertson County’s new Emergency Management Agency Special Operations Team. This new team is designed to deal with this kind of HAZMAT situation. The role they performed was mitigating the oil and diesel fuel that leaked into the creek.

Hwy 49 near Wilks Rd remained closed until well after 1:00 am while officials investigate the crash and remove the bus.

Safe Harbor, a nonprofit transport company, held a press conference Thursday afternoon to address questions about the accident. Spokesperson Kenny Lane told reporters that the 18-year-old bus had no record of any major maintenance problems. Lane said a Safe Harbor machinic will be examining the bus to try and figure out how the fire started. Lane added that every driver does a pre-trip inspection before they leave.

According to Lane, the driver was the first one off the bus but immediately returned to assist the passengers.

The Tennessee Highway Patrol is in charge of the investigation. As more information becomes available we will bring it to you. 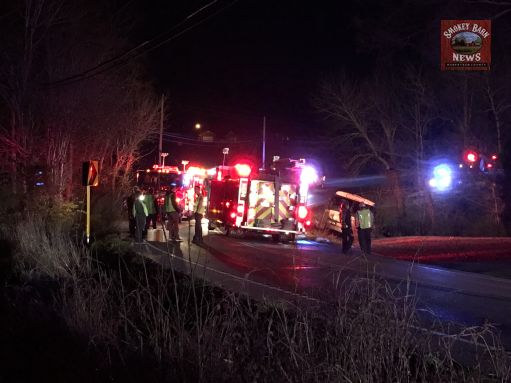 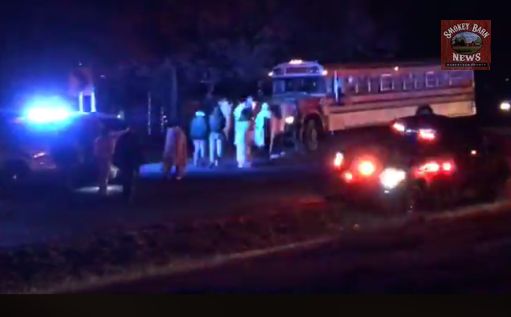 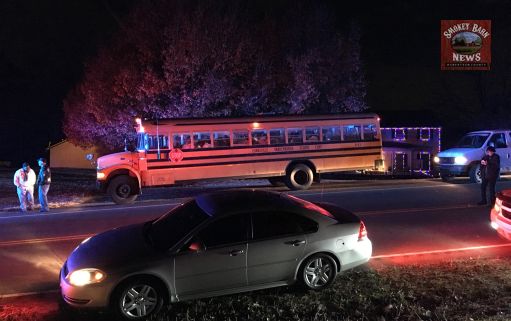 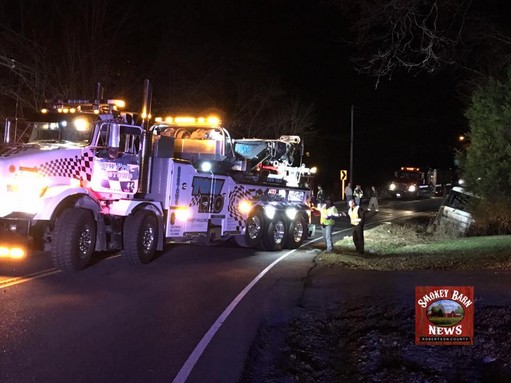