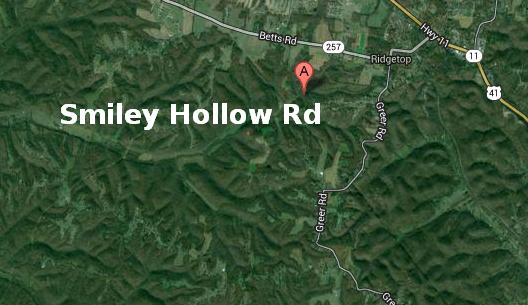 Police from Metro Nashville, Greenbrier, Coopertown, Ridgetop and the Robertson County Sheriff’s office have been searching for two men that fled in a stolen pickup truck for a better part of Tuesday morning. The two suspects came into Robertson County with Metro-Nashville Police behind them from Edgar Dillard Rd then over to Betts Rd and finally over to Smiley Hollow Rd where (According to Don Aaron, Public Affairs Manager with Metro Nashville Police) “The two suspects Bailed from the pickup truck on foot.” (Location of search area) 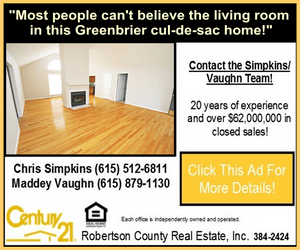 A police helicopter and (K-9 units (police dogs) have been employed to locate the two suspects. At some point the suspects separated and as of 10:30AM the police K-9 unit had located one of the suspects and he is in custody.

Police have blocked off the search area restricting traffic until the second suspect is captured.

A source has told Smokey that the chase was initiated by Metro Nashville Police in the Nashville area. The stolen pickup truck was allegedly hauling copper. Metro Nashville began to follow the suspects after spotting the stolen truck and called in a helicopter to assist. The Suspects came up Whites Creek Pike and into Robertson County around 9:00AM Tuesday morning and several local police agencies quickly help set up a perimeter to contain the suspects.

Once in the area around Smiley Hollow Rd the suspects quickly disappeared into a thick snake infested wooded area. Smokey was told by one source that the Metro Nashville Police helicopter went through two tanks of gas following and searching for the suspects.

One suspect was captured after about two hours and was transfused to Vanderbilt Medical Center due to injuries he sustained during his capture. The second suspect is still at large in the area as of 1:42PM.

The remaining suspect is described as a white male in his 40’s wearing a gray shirt and blue jeans or possible work pants.

The search has been scaled back, you may still see the police in the area but for the most part the search is over and the roads should be clear. The suspect may have slipped by the police perimeter but with the one suspect in custody the odds are the second suspect will be in custody soon too. Smokey will continue will ping Metro-Nashville Police for updates on the second suspect. As soon as they have him in custody we will bring you that update.

A woods fire has been reported at 5552 Smiley Hollow Rd which is right in the middle of the search area.  The call came in at 4:50PM.

UPDATE On Fire: The fire was accidental, it only affected a small area and is now under control. Just a coincidence that it occurred in the search area.

Smokey is currently tracking this story, reload this page for updates.