According to Tennessee Highway Patrol PIO Bill Miller, in a preliminary statement, a woman from Alabama called police concerned about the well being of her 36 year old daughter and 38 year old nephew that were traveling from Michigan to Alabama. The woman told police that her daughter and nephew were allegedly being held hostage at gun point by a man 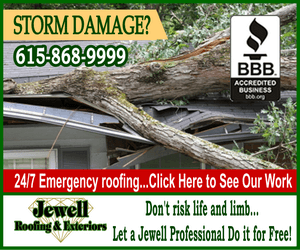 she alleged was a member of the “Devil’s Disciples Motorcycle Gang,” Miller said. The nephew was texting back and forth with the Mom from Alabama and gave the description of the vehicle as a blue Dodge Caravan. No license plate information was available.

Police now believed they were looking for an extremely dangerous person and two people who are potentially in grave danger.

The nephew indicated that the Caravan had a broken or missing window on the sliding door and it is believed that the vehicle might be passing through the middle Tennessee area. Around 4:30pm Wednesday afternoon a member of the Tennessee Highway Patrol spotted a blue Dodge Caravan with Michigan tags traveling on I-65 in the Robertson County area. The vehicle did not have a broken window and is ultimately ruled out as the suspect vehicle. Though the vehicle was not stopped by THP the tag number was recorded.

According to Miller, “It was our intent to communicate that the license plate number did not belong to the suspect vehicle. In translation, it was not communicated as clearly as it could have been.” 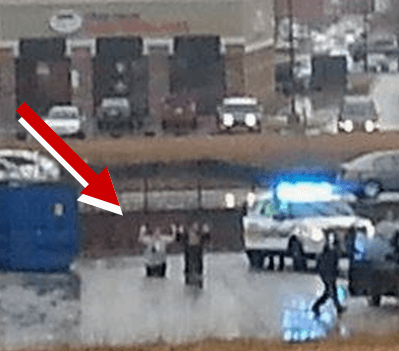 According to the THP, some time later, a Robertson County Sheriff’s Deputy spots a blue Dodge Caravan in the parking lot of Hardees in White House.  The deputy radios the licence plate number into dispatch.  Robertson County radio dispatch confirms, that is the correct plate number. In reality, the Deputy was looking at the same vehicle that was ruled out earlier by the THP officer on I65.

The couple is taken into custody at gunpoint and as you can see in the photos, they were removed from their vehicle with their hands in the air.

A short time later, officers discover it is a case of mistaken identity and the couple is released. According to Miller, the couple was very gracious about the ordeal, telling police they’re glad and appreciative that the officers were out looking for people that might be in jeopardy.

According to Miller, the incident is still under investigation but they are taking
responsibility for the mis-communication and are very thankful for the couple’s graciousness through the ordeal.

“The Robertson County Sheriff’s deputy and White House Police officers performed their duties properly. They pulled the vehicle over in good faith according to the information available to them”, Miller said.

Charlie Vaughn of White House  just happened to be there as the couple was being detained. “I was over at the McDonalds and saw all the officers, they had big assault rifles pointed at the minivan.  I wasn’t too sure because that’s not something you see every day.  I’m just glad that they got it all taken care of and everything is safe now.”

Smokey did speak to the family, two teen girls, their grandfather and the girls mother were all heading to Florida from their home in Michigan. They were all understandably shaken by the ordeal and said it will likely take some time to get over it. The trip to Florida was just for fun, it was a short trip to check out some land. However, after the incident, they found their mood for the trip had soured, so after they were released by police they decided to head back home to Michigan.

The family’s hope was that something could be learned from the incident to prevent the same thing from happening to someone else in the future.

As of 8:00pm Wednesday, police were still looking for the original blue Dodge Caravan with the broken window.