The normal process is to try to return confiscated items to their rightful owners.

UPDATE: OWNER FOUND… With a total elapsed time of about 45 minutes from first posting the story, police have confirmed that the owner of the ring has been 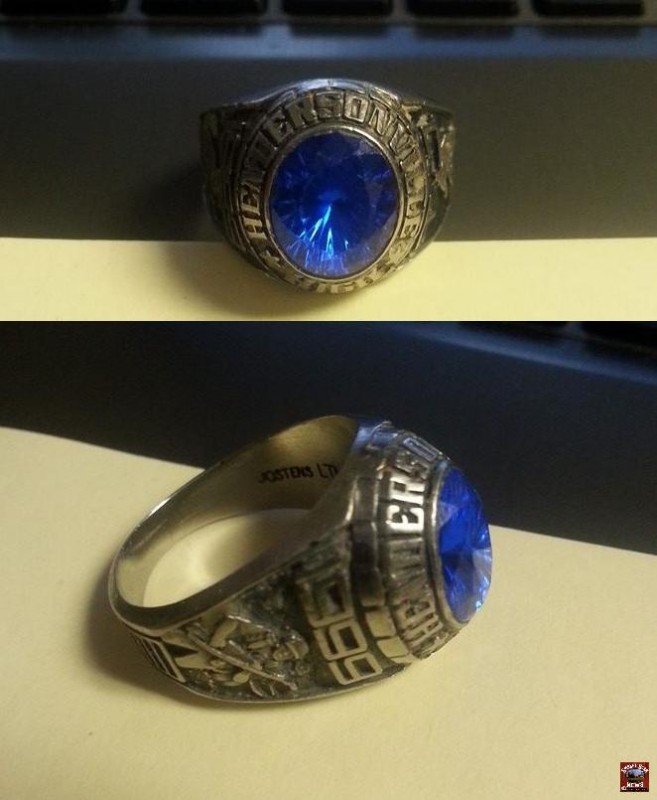 located. According to police, the owner, Toney Romines, is elated that his ring was recovered.

The ring was lost about ten years ago and Toney was very sure he would never see it again. Toney told police that the ring was not all that expensive but it was a gift from his late father which made the ring very sentimental to him.

Toney was able to answer questions related to the ring that only the real owner would know., police said.

Toney told police that he believes the ring was stolen when he lived in Hendersonville TN about ten years ago. Toney now lives in Lafyette TN and will be making a special trip up to Springfield to acquire the ring after he finishes some work related travel.

Thank you to everyone that helped reunite  Toney and his ring.

Springfield Narcotics Detectives have found themselves with a bit of a mystery and they are asked for the community’s help.

A few days ago Springfield Narcotics agents made a drug related arrest and in the process acquired some personal property. The normal process is to try to return confiscated items to their rightful owners. In many cases returning property is problematic since few items are labeled with the owners names.

In this case, a Hendersonville High School graduation ring (pictured) was recovered and as you can see it clearly does have a name engraved. The name is TJ Romines and the graduation year is 1999. Police believe the ring may have been stolen from Romines but strangely enough they have not been able to locate him.

One of the more enjoyable aspects of police work is being able to return items to their rightful owners. Once police saw the inscription on the ring it seemed like an easy task to find the owner.

Detectives did call the school, they indicated that no one with that exact name was on record attending that year. Police ran close derivatives of the name from Hendersonville High School and then ran the name in the local and state databases,  still nothing.

What should have been an easy process of reuniting an owner with their property has become a bit of a mystery.

Springfield Police Detectives are hoping that the public can help them get the ring back on the proper finger.