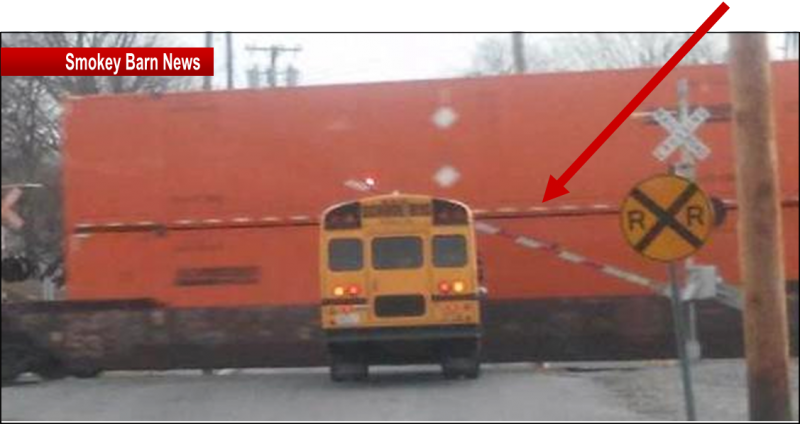 Christina Leigh Thompson of Springfield was on her way to pick up her child from childcare when she came up behind a school bus. The two were approaching the railroad tracks at Cheatham St in Springfield. It was just a minute past 3:00PM Tuesday afternoon.

Thompson told Smokey that she was so sure that the bus was going to be hit by the train she backed up to stay clear. As you can see in the photos taken by Thompson, the Rail Road crossing arm had come down on top of the bus.

Thompson said there were students on board because further down the road after the incident she saw a little girl debark from the bus.

According to Robertson County Schools Press Representative Jim Bellis, after
learning of the incident the driver was immediately suspended without pay 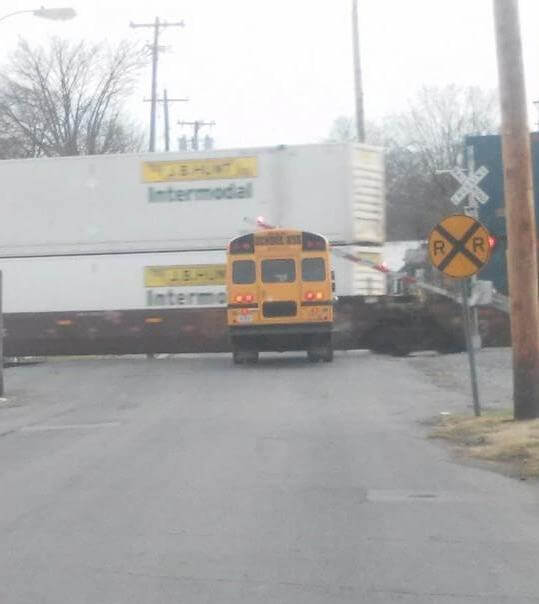 pending the outcome of an investigation.

“The safety of our students is paramount to us and we will conduct a thorough investigation into the incident.” Bellis said

Smokey went to the crossing intersection and from what we could see there was no markings on the pavement so it is conceivable that the driver just didn’t realize how far back the arm was. It is standard procedure for a bus driver to stop short of railroad crossings and look both ways before proceeding. There were also at least two structures preventing the driver from getting a full view of the tracks to the left as you can see in this Google Map view.

The driver may have nudged the bus forward to get a clearer view down the tracks.  With a little bad luck  the train (heading left, according to Thompson) may 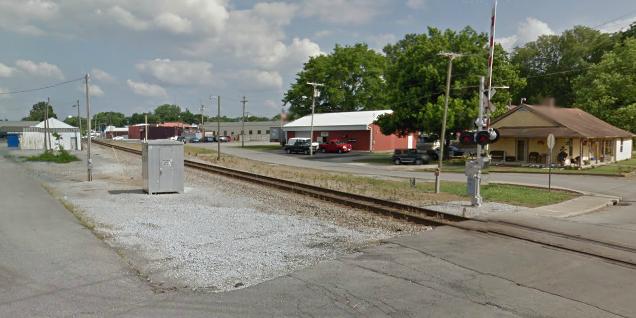 have triggered the arm just as the driver was looking left. Assuming the arm connected with the most forward part of the cab of the bus there would have been about 10 to 12 feet between the front bumper of the bus and the tracks. From Thompson’s point of view it would have appeared as though the bus was on the tracks.

The driver probably had a bit of a scare in the ordeal and will likely be very careful in the future. The good news is that no one was injured and the transportation department reacted quickly once they learned of the incident.
Smokey Barn News (Sponsor/Advertisement)