GREENBRIER TENNESSEE: (Smokey Barn News) A rollover accident on Highway 41 Friday afternoon has taken the life of a Ronald Clinard, 67, of Greenbrier.

The accident occurred just before 3:pm Friday afternoon on Highway 41 near Minnicks Dr across from the Green Ridge Apartments. (Location of accident)

Two of Clinard’s children are first responders right here in Robertson County, one a Robertson County EMS Paramedic and the other a Springfield Police officer, both came to the accident scene. The two joined other family and friends that had gathered at the scene even as police were still conducting their investigation.

As far as a cause of the accident, Greenbrier Police told Smokey Barn News that Clinard was traveling North on 41 when for reasons unknown he veered left traveling across oncoming traffic and over a curb. Clinard’s red Chevrolet pickup truck then struck an embankment sending the truck airborne into a row of trees. Clinard’s pickup impacted a tree, head-on.

The impact was severe, Clinard was pronounced deceased at the scene.

Why Clinard left the roadway is still under investigation but Greenbrier Police told Smokey Barn news that drugs or alcohol were not considered to be factors.

The staff at Smokey Barn News will be keeping the Clinard family in our thoughts and prayers as they face this sudden loss.

It was just yesterday that another Greenbrier man lost his life in a head-on accident on Hwy 76. MORE 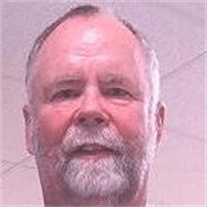 The family will receive friends on Wednesday, July 6th from 4:00 to 8:00 pm and on Thursday, July 7th from 10:00 am until 12:00 pm. The funeral service will be held at 12:00 pm on Thursday, July 7, 2016 at Austin & Bell Funeral Home Greenbrier Chapel. Burial will follow in Middle Tennessee Veterans Cemetery in Pegram.

According to Greenbrier Police,  on July 7 Brittany French McCoy was arrested following an investigation into the theft of items, including a wallet, from the person and vehicle of Ronald Clinard after he was killed in a traffic accident in front of French’s residence on July 1st. FULL STORY