ROBERTSON COUNTY TENNESSEE: (Smokey Barn News) – State Senator Kerry Roberts (R-Springfield) took the oath of office last week in Nashville as the 113th General Assembly was gaveled in on the first day of the legislature’s organizational session. Roberts was also reappointed chair of the Government Operations Committee. The appointment was made by Lt. Governor Randy McNally (R-Oak Ridge) as lawmakers concluded the first week of the organizational session.

“Kerry Roberts is a strong conservative leader,” said McNally. “He is committed to keeping government small, efficient, and accountable. Under his leadership, the Government Operations Committee provides the essential legislative oversight Tennesseans demand. He has been a great chairman and I am proud to reappoint him.”

The Government Operations Committee reviews all department and agencies of state government to improve efficiency and effectiveness.

“I appreciate the continued confidence Lt. Governor McNally has placed in me to lead this committee,” said Roberts. “Our committee will continue to work to ensure that state government and its agencies operate in the most effective and cost-efficient manner and that we focus on how we can better serve the people of Tennessee.”

Roberts was also appointed to the Judiciary Committee.

As another part of the organizational session, Roberts was sworn into another four-year term in the Tennessee Senate, where he represents Cheatham, Dickson, Hickman, Humphreys, Montgomery, and Robertson counties.

“It’s an honor to represent the citizens in District 23,” said Roberts. “I will work very hard to remain accessible and open to the citizens I represent. I also look forward to working with Governor Lee and my colleagues to improve opportunities for all Tennesseans.”

The General Assembly will return to the State Capitol this Friday to wind up organizational details. The organizational session will conclude on Saturday, January 21 with the inauguration of Governor Bill Lee to his second term on Legislative Plaza. Tennessee law declares that the governor shall take the oath of office on the first Saturday following January 14. 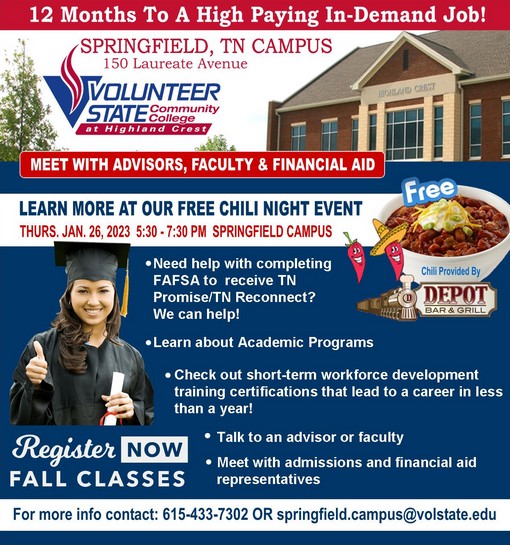