A Springfield Alderman plans to start an inquiry after eight minutes of video tape from the last Board and Mayor and Alderman meeting came up missing. Springfield city leaders admit to editing the video and say they have done it before. City leaders say the video recordings of meetings are done as a courtesy to the public so they should be able to edit them for content.

Smokey has retrieved the missing 8 minute segment for you via the audio recording and we have included it in our video report above.

The city of Springfield employs a videographer to record their Board of Mayor and Aldermen meetings each month. Last month city officials removed an 8 minute segment of the meeting sparking concerns about the integrity of previous video recordings.

One city official told Smokey in an interview yesterday that he believes the editing of the meetings has happened several times and he plans to conduct an inquiry into the matter at the next board meeting. 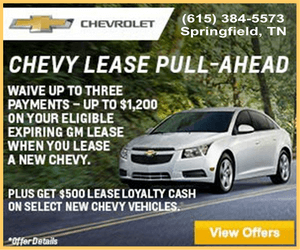 After submitting your records request you will be asked to fill out a somewhat long form and they will want to photocopy your drivers licence. You will then be asked to pay one dollar, and then you will be given a copy of the audio tape.

The video below is the edited version put out by the city of Springfield. As you can see, a segment of the meeting was removed. To see the edit point go to 2:23:48 minutes in.

What do you think, should Springfield city leaders be allowed to edit the video recordings of public city meetings?  Tell us in comments below.