SPRINGFIELD TENNESSEE: (Smokey Barn News) – A pickup truck almost landed in the front room of a home in Springfield Tuesday afternoon after the driver lost control in a turn.

The crash occurred at the intersection of 5th Ave and Bill Jones Industrial Dr. around 6 pm. MAP According to the Tennessee Highway Patrol, the driver of the

pickup failed to negotiate the turn causing the vehicle to leave the roadway and impact a parked Jeep. After impacting the jeep the truck overturned landing on its side just feet from a home.

The resident told Smokey Barn News that the Jeep likely prevented the truck from crashing into their home.

The resident said the Jeep belonged to their daughter who is in the Navy and currently stationed in Norfolk, Virginia.

There were two people in the pickup, an adult male, and one teen juvenile. The teen was transported to NorthCrest Medical Center in Springfield but he appeared to be in reasonable shape at the scene, the driver was not injured.

According to the THP, drugs or alcohol were not factors in the crash. The driver was cited for due care.

This was the second rollover crash in Springfield Tuesday and the second time in less than a week that two rollover crashes have occurred in one day inside the city limits. For more on recent crashes see links below.

One Hospitalized In Three Vehicle Rollover Crash In Springfield 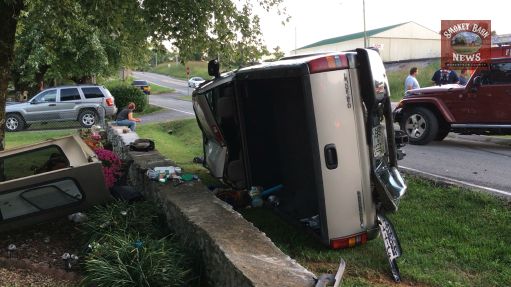 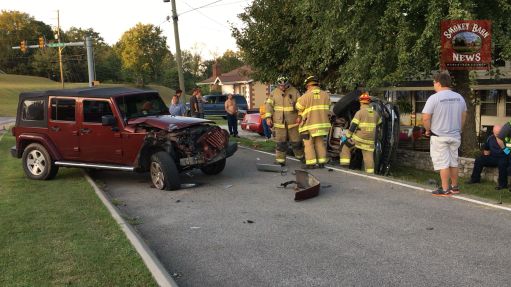 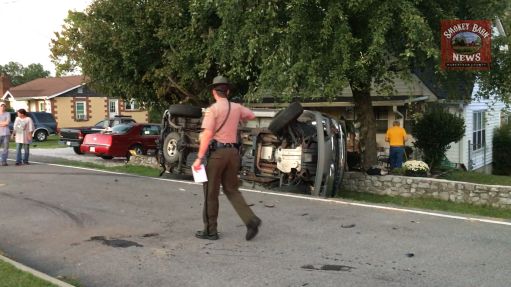 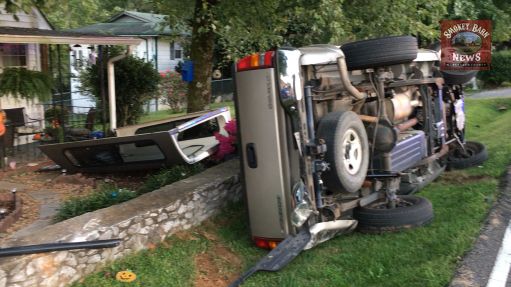 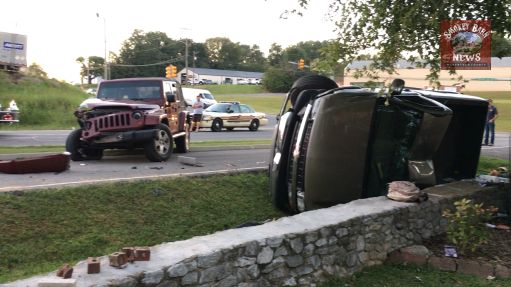