The family told Smokey Barn News that the sole occupant of the home, Sally Wilson, 85, singed her hair on the way out of the home but otherwise escaped the home safely. 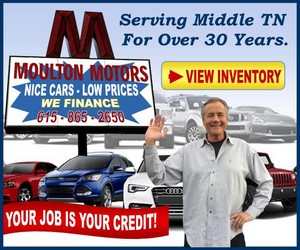 The call came into 911 at 4:26pm, firefighters from Cross Plains, White House Community and Orlinda all battled the blaze for just under two hours. The single story home was fully involved when firefighters arrived, according to Cross Plains Fire Chief Tommy Jackson.  Jackson said firefighters will likely be putting water on the home for a while longer.

A vehicle parked next to the home is also a total loss.

“The occupant was deep-frying some okra,” according to Chief Jackson. Officially the cause is being labeled a grease fire, Jackson said.

The family told Smokey Barn News that Sally Wilson was in the home alone at the time of the fire and they are very grateful that she made it out of of the home safely.

According to family members, the road “Wilson Store Rd” was named after the Wilson family, referencing the store at the intersection of Wilson Store Rd and Owens Chapel.

The family told Smokey Barn News that the home was built in the early 70’s and held a lot of memories for the Wilson family.

This is the second home lost to fire this weekend in Robertson County. Another home located (ironically) on Crawford Store Rd up near the Tennessee – Kentucky border was lost to fire Saturday Morning, the call coming in around 6:00AM. MAP

According to Fire Chief Chad Gregory with  North Robertson Fire & Rescue, when firefighters arrived the home was fully involved.  Though no serious injuries were reported, Robertson County EMS reports that a man and woman were transported to an area hospital. Firefighters from Adams Fire also responded to the call.

If more information becomes available on either fire, we will bring it to you.