An overturned semi On Hwy25 Near HWY 65 In Cross Planes 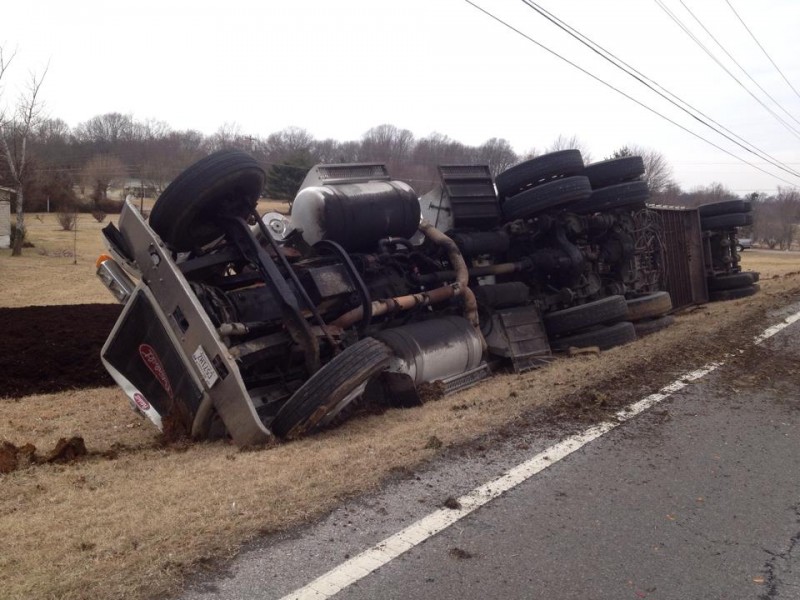 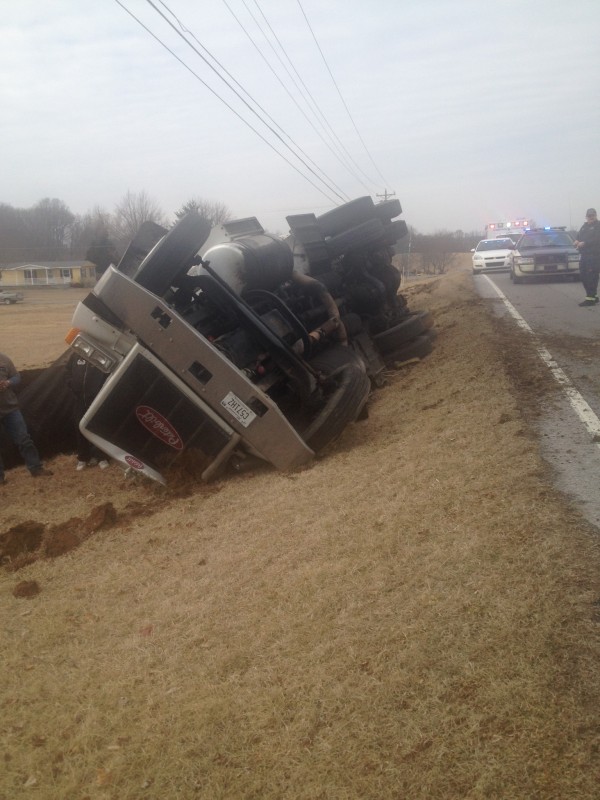 An overturned semi On Hwy25 Near Hwy65 In Cross Planes had Hwy25 closed down for much of the day Monday.  The accident occurred on Highway 25 at Village Green Dr. less then a quarter of a mile from Highway 65.

Though the vehicle was  not hauling hazardous material it still took crews most of the day to clean up the mess and right the semi. The driver sustained only minor injuries and declined transport to the hospital. Location of wreck:  Alternatively drivers were forced to use Hwy 52 or Hwy 76.

According to a witness, the driver just went off side of the road and vehicle landed on its side.  There were no other vehicles involved in the wreck.

According to R.L. Douglas the Robertson County Emergency Management Director, the rig was hauling about 20 tons of mulch.

The accident occurred around noon and it wasn’t until 7:00pm Monday evening before Hwy25 was completely open again. Dougless said that’s a normal time frame  for these kind of accidents, it just takes time to clean them up. We were lucky this time, the rig was not hauling hazardous  material.

Friday evening we had a passenger vehicle overturn as well. We are still waiting on the report from the THP but it looks like the vehicle (carrying two males in their 20’s) lost control after exiting a turn on Huffman Rd.  (exact location of wreck). The driver was transported to North-Crest Medical Center in Springfield with minor injuries. After chatting with the THP, the passenger left the scene on foot.

The vehicle initially lost control about a hundred feet before overturning and landing in the middle on the Huffman Road. Along the way the vehicle  struck  a mail box and clipped an embankment.
It must have been a scary ride for the two gentleman.  Needles to say, Huffman Rd was closed down for several hours Friday Night while crews cleaned up the scene and the THP did their investigation.