The Unarco union strike has been settled. The union committee met with the company Thursday and agreed to additional improvements to workers’ wages, pension and healthcare premiums. The contract is in effect as of today and striking workers will return to work Monday, April 8.

“We at Unarco are happy with the resolution of the union contract and are definitely looking forward to getting back to full production on Monday. We’ve seen some people this week really pull together and try and get things out the door.  We have actually sent out a lot of trucks, a whole lot more than anybody thought we would. We have definitely pulled together as a team.  We have had office people out in the plant helping out as well which is more than a team building effort. As a company, I think we are stronger after this. So, Monday Morning everybody will be back at the plant and we will be in full production. Our customers have been very understanding. It has been a long week but it is over and we are ready to go back.” Linda Lascara, Vice President, Marketing & Retail at Unarco Material Handling.

UNARCO has responded to the strike with the following statement (below). Smokey Did chat with Linda Lascara Vice President, Marketing & Retail at Unarco Material Handling. She indicated (as does the letter below) that the companies position on the strike is that Unarco’s offer was fair.  Linda also said that some employees are crossing the picket line and they are doing the best they can with the limited staff to move product for their customers during the strike. As soon as Smokey has a chance to meet with union leaders we will let you know.

After two weeks of intensive negotiations between Unarco Material Handling, Inc. and Local 1441 of the Machinists’ Union, the Unarco employees who are represented by the Union voted on Thursday afternoon, March 28, to reject the Company’s last proposal to settle the terms and provisions of a new Collective Bargaining Agreement. Those employees also voted to commence a work stoppage beginning at midnight on Sunday, March 31.

The company is extremely disappointed with the rejection of its offer which it believes was fair, particularly given the level of settlements between labor unions and companies all over the United States over the last 2 to 3 years. The Company’s proposal was for a wage increase of more than 3% for each of the 3 years of a new agreement, a significant increase in the Company’s contribution to the Machinists’ Union Pension Fund, and a reduction in the employees’ share of the medical insurance premiums.

The company does not believe that many of the employees who voted against the agreement, or to strike, were aware of the consequences of their action. Beginning Monday, April 1, the employees will be responsible for paying the full amount of the monthly premium for their group life insurance. Employees who elect to go on strike are not eligible to collect unemployment compensation under Tennessee law.

The Company will continue to operate and will provide security for those employees who elect to come to work. The Company is hopeful that the Union and the employees it represents will consider their position so that any work stoppage does not extend more than a few days, and the employees and their families will not suffer the economic loss resulting from the strike. The Company is also hopeful that those employees who participate in the strike will honor the rights of employees who elect to come to work and will not engage in unlawful acts of threats, intimidation or vandalism of either Company property or the property of other employees.

Smokey will keep our eye on the negotiations, as soon as new information becomes available or union officials make a statement we will provide it to you. 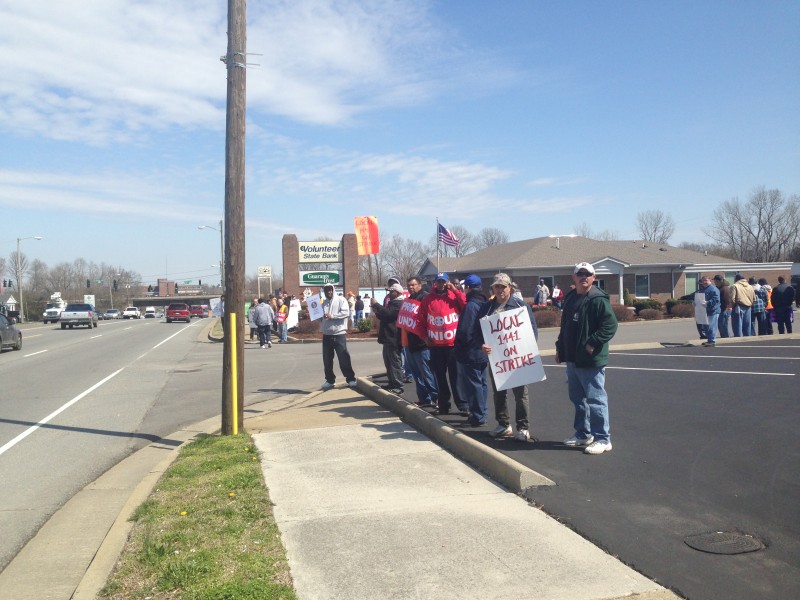 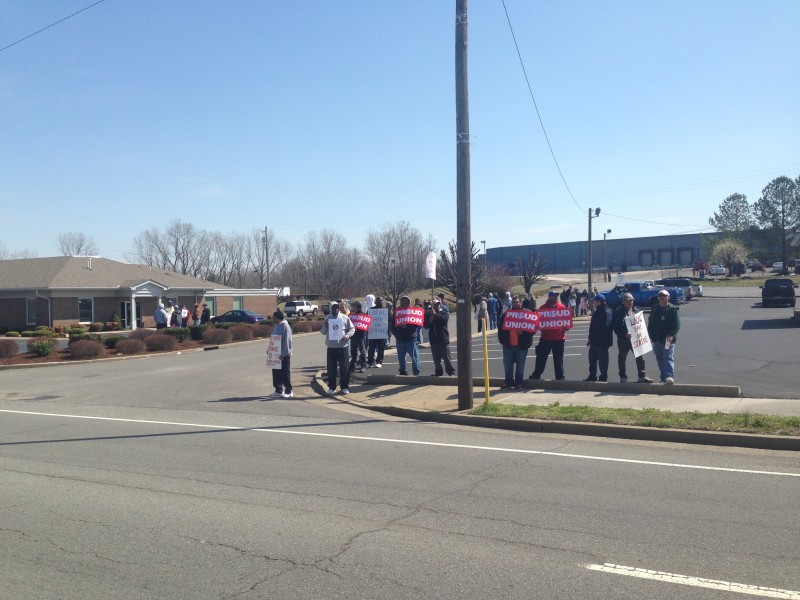 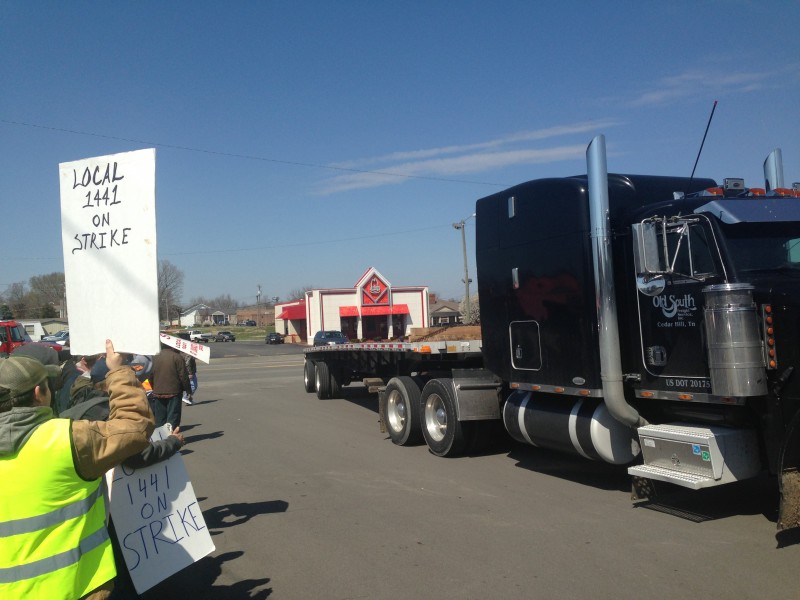 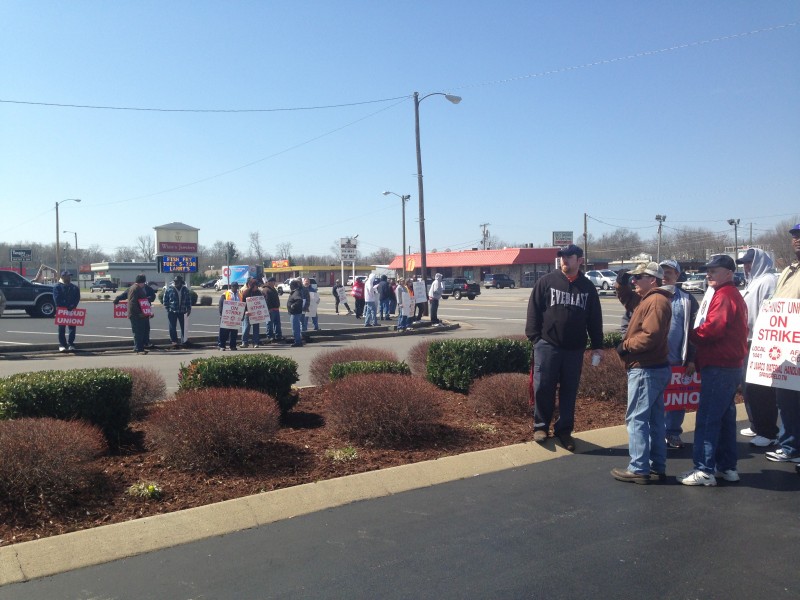 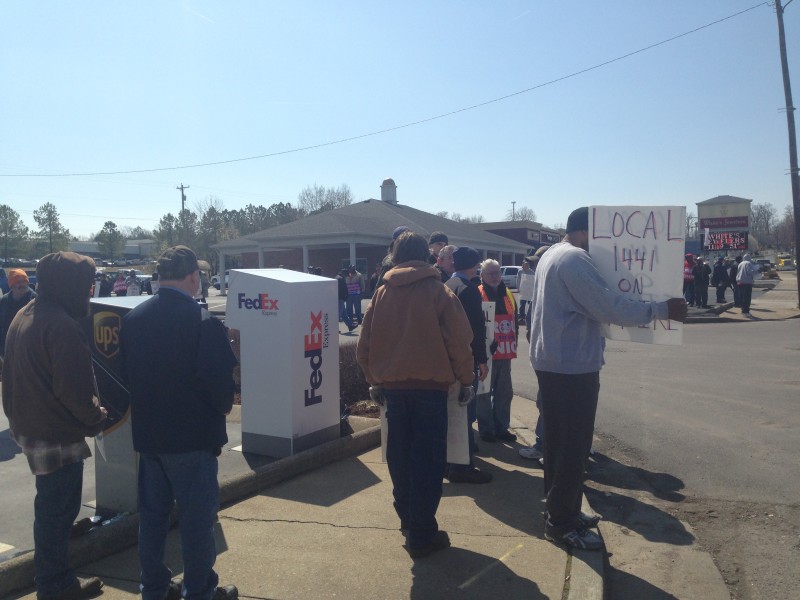