Will The Robertson County Airport Get A Much Needed Face-Lift?

SPRINGFIELD TENNESSEE: (Smokey Barn News) – Springfield and Robertson County officials are looking at making an investment in the Robertson County Airport. The landing strip is not the issue, it’s what people see after they land that has been placed on the table.

Smokey Barn News spoke to Wingnuts Aviation co-owner Chris Ferraraccio today about the proposed new terminal and what it would mean for business in Robertson County. Ferraraccio says the current terminal is nothing more than an old lean-to and it scares potential business away.

“We’ve had an aviation architect come out and discuss our needs and design a terminal that would fit our purposes because right now we are operating out of a 50-year-old lean-to that is just not presenting a good image for Springfield/Robertson County.

“We (the airport) are the doorstep to industry and industry development.  When industries come into Robertson County, they don’t take the Greyhound bus and they don’t drive in; they fly in with their corporate aircraft, their first look at Springfield and Robertson County, is the terminal and what we have right now is woefully inadequate.

“We looked around and every single county around us over the past five years have built new terminals and modern accommodating facilities and we’re simply lacking.”

Tell me about the new terminal…….

The larger room will offer multi-purpose attributes such as a food preparation area for catering and multi-media equipment. It will make the new terminal conducive to executives that come in where time is money.  They could land, conduct their business right there and leave, no need to come all the way in to town. 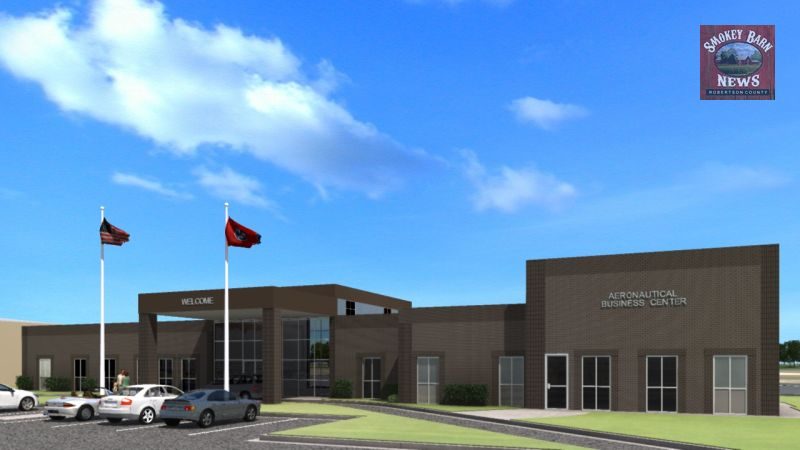 “It also allows anonymity for companies trying to stay under the radar (no pun intended)  of other businesses. They can look at whatever properties they want in private without being seen in the community while they develop their ideas.”

What would be the cost of the new terminal and who would pay for it?…..

“The facility is earmarked at about 2.3 million and that does contain a 10% contingency fund. We are looking at attaining  $350,000 from local corporations to help get the ball rolling. We’re going to get another $350,000 from state and federal monies.  So we’re looking at approximately $825,000 each from the city and from the county.

“It should’ve been done 3 to 5 years ago but it’s now time to catch up and do it. It should be about a $250 per square-foot endeavor, and that is in line with commercial construction right now because of the boom in construction in Nashville. If we had done it four years ago, it would’ve been in the 1.8 1.9 million area.

“Right now you have about 75% of  Robertson County leaving the area to go to work.  How about we get some more jobs in-county and have these people stay and work in their own community and have that money stay here. 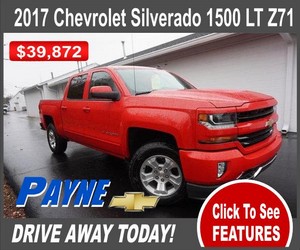 “We don’t want to look like Petticoat Junction. I’ll remind the readers that in 1965 this Airport was started solely because at the time the largest bicycle manufacturer in the country  came to Springfield looking to move their operations here and they did not because Springfield did not have an adequate airport.

“So here we find ourselves in 2016/2017 really looking  for history to repeat itself. We’re the doorstep, we’re the front door to the community when they come. Just like when you go to the doctors office and it’s in a trailer, you’re not going to want to go see the doctor.

“If you’re coming to Springfield with your multi-billion-dollar business and you come into the airport and it’s operating out of a lean-to, you’re going to be hesitant to develop there.

“The airport is part of the infrastructure of the community, it’s no different than paved roads and sewer systems.

“You don’t build an airport to be revenue producing but by having good airport infrastructure you pave the way for new businesses.

“The idea of the new terminal was presented to the Robertson County Commissioners and the Springfield city alderman recently,  I think they understand the necessity of having a good presentation at the airport as it relates to bringing in business. It’s just a matter of  them figuring out a way to fund the project.”

Robertson County Mayor, Howard Bradley is on the same page as Chris Ferraraccio. “I’m excited about the prospect of a new terminal at the Springfield/Robertson County airport because that is the gateway to our community for companies.

“For many people that don’t use our airport they don’t realize what an asset that it is. To be able to have a facility there where companies can come, fly in from all over the country and indeed all over the world, and have their meetings there without having to take time to get in the car and to go into a facility (in town) someplace is a tremendous asset for those companies and for our community. I think it’s a giant step forward for the airport.”

Springfield Mayor Ann Ann Schneider also agrees that a new terminal could be good for local commerce. “By building the new terminal I know it will bring economic growth to our companies here in Robertson County and surrounding areas and I hope we can make this work.”