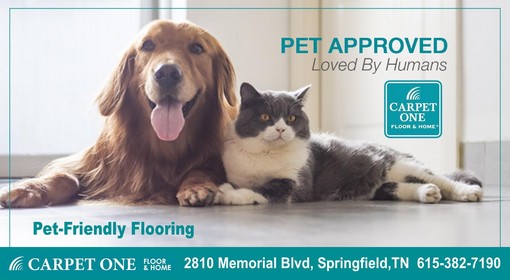 CROSS PLAINS TENNESSEE: (Smokey Barn News) – Two back-to-back rollover crashes on I65 triggered heroic life-saving efforts by first responders Sunday morning. It was a team effort that likely made the difference for an 11-year-old boy.

The first crash was called in just after 8 am at mile marker 114. LOCATION OF CRASH It was a rollover crash and the vehicle was leaking a lot of fuel.  A 37-year-old male was injured but in stable condition. It was the first of 2 back-to-back rollover crashes that occured just minutes apart.

While crews were finishing up at the first crash site, squealing tires and the sound of crashing vehicles drew their attention. Two more vehicles had just crashed less than 100 feet away.

“It was a terrible scene,” Johnson said. “In the wake of the traffic from the first crash, two more vehicles lost control, both rolling multiple times, Johnson said. One of the vehicles (a passenger car with two adults and three young children onboard) was in rough shape. “Everyone surrounded the vehicle and carefully started removing the family. All three children (in the back seat) were injured. One of the children, an 11-year-old boy, was critical.  Dad was also in critical condition. He was transported to Skyline Medical Center in Nashville,” Johnson said.

According to Robertson County EMS, a 37-year-old female (the mother) was transported to Vanderbilt in serious but stable condition. According to Johnson, she faired the best.

Two of the children, ages 6 and 9 (one in a child safety seat) had serious injuries but both were able to communicate with their mother, Johnson said. They were both transported to Vanderbilt Medical Center in Nashville via ground in serious but stable condition.

The 11-year-old boy was unresponsive but had a heartbeat. “After I handed him off to my team, they realized his heart stopped,” Johnson said. “That’s when Nancy Johnson and Aden Miller (both Orlinda Firefighters) began ventilating the child and started CPR. A nurse on his way to the airport stopped and assisted with the child. “The three (working together) brought the boy back,” Johnson said.  CPR continued until LifeFlight arrived and the boy was flown to Vanderbilt Children’s Hospital in Nashville. An update on the boy, his father or any of the other family members was not immediately available.

The driver of the commercial vehicle faired better. He was able to exit his vehicle with just a little help from first responders. A total of six ambulances, including Light-Flight, responded to the scene.

The interstate was shut down for about an hour while medical teams assisted patients, the THP investigated the crash and crews cleared the vehicles from the scene.

One official told Smokey Barn News that it was a terrible crash that squeezed every last bit of training out of everyone at the scene.

The father and the 11-year-old boy both seemed to take the brunt of the crash. If we can get more information on their progress we will certainly bring it to you.

“It was a multi-agency team effort,” said Fire Chief Johnson. “Everybody made an enormous impact for that family on a terrible crash. EMA, the THP, my team (Orlinda Firefighters) the Deputies, EMS, they all did a great job.” 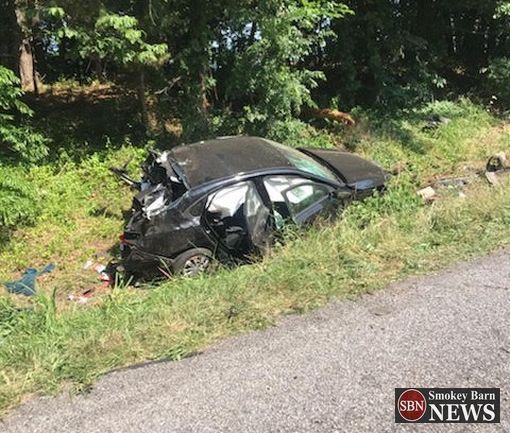 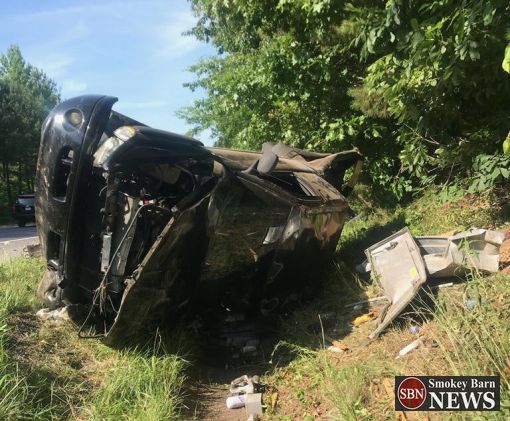 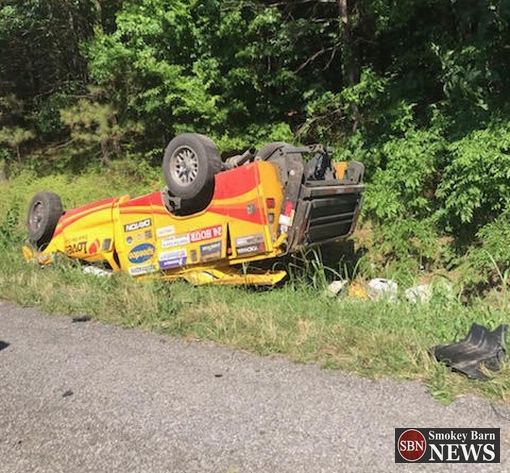 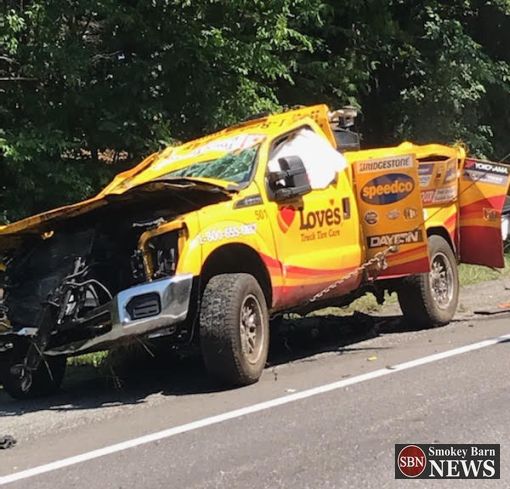 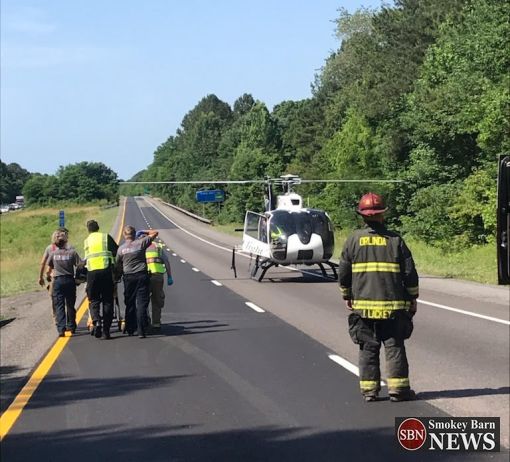