WHITE HOUSE TENNESSEE: (Smokey Barn News) – A Fed-Ex driver may have saved a life Thursday evening after he came upon a fiery crash while making deliveries.

According to Cross Plains Fire Chief Tommy Jackson, the vehicle was on fire when the Fed-Ex driver saw the mangled vehicle on the side of the road. The driver leaped into action with a fire extinguisher and water from a nearby creek. He was able to hold back the flames from the trapped unconscious driver until the fire department could arrive. 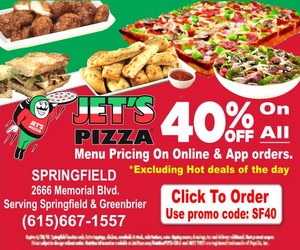 The crash occurred on Pleasant Grove Rd near Eddings Blvd in the White House area around 7:pm. MAP Firefighters with the Cross Plains Fire Department arrived quickly and performed an extraction to free the man from the crumpled vehicle. The fire from the vehicle had already ignited the grass around the vehicle when firefighters arrived.

Chief Jackson said the vehicle likely flipped a couple of times before coming to rest on its wheels near a creek.

The driver never regained consciousness as first responders pulled him from the wreck, Jackson said. Jackson labeled the driver’s condition as critical as he was loaded onto an ambulance to Skyline Medical Center in Nashville.

Word on the driver’s condition was not immediately available. The Tennessee Highway Patrol is investigating the crash.

Jackson theorized that the driver may have hydroplaned or hit some loose gravel as he approached a curve and lost control.

We have reached out to the THP for more information, as soon as we have it we will bring it to you. Photos (Tommy Jackson)