Kenneth Robert “Robby” Barnett, 21, of Joelton, passed away on Wednesday July 4, 2018 at Skyline Medical Center. A celebration of Robby’s life will be conducted Sunday July 8th at 2:00 p.m. in the Oakhurst Chapel of the Robertson County Funeral Home with Reverend Chris Warren officiating. Interment will follow in Mt. Sharon Cemetery with Johnny Redding, Cody Young, Alex Thomsen, Evan Thomsen, Duncan Stephan, and Nicholas Stephan serving as pallbearers. The family will receive friends on Saturday from 4:00 p.m. until 8:00 p.m. and on Sunday from 10:00 a.m. until service time at the funeral home.

Robby was born August 5, 1996 in Davison County. He was a graduate of the Greenbrier High School Class of 2014 and he graduated from TCAP in 2016. Robby was a member of Mt. Sharon Cumberland Presbyterian Church and he worked for Cole Brothers. He had a life time hunting license, he loved trucks and upgrading the accessories on them. Robby loved his family, he lived life to the fullest and he always smiled and wanted everyone to smile. He never met a stranger and his best friend and companion was his golden retriever Buddy.

If so desired, memorial contributions may be made to the Mt. Sharon Cumberland Presbyterian Church building fund. Her remains will be cremated and no services are planned at her request.

Mrs. Crawford was born July 26, 1941 in Little Rock, AR to the late Edward Marion and Margaret Brittan Hooper. She was a member of Bethlehem Baptist Church and was a homemaker.

She enjoyed her leisure time watching television and talking. In addition to her

parents, she was preceded in death by her husband, Frank Wallace Crawford, Jr and her sister, Jerry Cox. Age 84 of White House went home to be with the Lord Tuesday, July 3, 2018 at Skyline Medical Center. He was born June 20, 1934 in Grinnell, Iowa to Wathal and Mabel Risse Adkins.He lettered in 4 sports at Valley High School in West Des Moines, Iowa and later played football for the University of Nebraska in college. He worked as a teacher until his retirement and proudly served his country in the U.S. Army, where he was a marksman. He was the National Pistol Shooting Champion in 1962, 1963 and 1964. He was a member of The Church at Grace Park, where he faithfully served the Lord. He enjoyed listening to Gaither music, he loved animals, but most of all, he enjoyed spending time with his grandchildren.

Funeral service is scheduled for Saturday, July 7, 2018 at 1pm at The Village Chapel at Grace Park with Bro. Bob Cook officiating. Interment will follow in Hillcrest Cemetery with family and friends serving as pallbearers and with military honors. Visitation is planned for Saturday, July 7, 2018 11am until the time of the service at The Village Chapel. In lieu of flowers the family requests please make donations to The Church at Grace Park 506 Hester Drive White House, TN 37188 or give online at gracepark.org and then go to give online.

Austin & Bell Funeral Home in White House, Tn is in charge of these arrangements. There will be a memorial visitation at the funeral home on Friday, July 6th from 4-7pm and again on Saturday from 4pm till the hour of service at 7:00PM.

Derek was born on October 24, 1979 in Nashville, Tennessee to Robert and Patty Vick Rollins. The family will receive friends at the funeral home on Saturday, July 7th, beginning at 9:00AM until the hour of service at 1:30PM.

Stephen was born on July 4, 1962 in Waverly, Tennessee, the son of Omega Wanamaker Hill and the late Billy G. Hill. He was employed at R.A.S. Deliveries and was a member of First Baptist Church Joelton.

In addition to his mother, he is survived by his wife, Dawn Hill; sons, Joshua and Aaron Hill, both of Cedar Hill; daughters, Nicole Hill (Timothy) Biron of Cookeville,

If so desired, the family requests memorial contributions be made to the Hill children college fund. Please feel free to ask a funeral home staff member for direction. Funeral services were held Tuesday, July 3, 2018 at 12pm in the chapel of the Austin & Bell Funeral Home in Springfield with Brother Wyman Hall officiating. Burial will be Friday, July 6, 2018 in Osceola Memory Gardens, Kissimmee, FL. with friends and family serving as Pallbearers.

Visitation with family was held at the funeral home on Tuesday from 11am until the hour of service at 12pm.

Mrs. Lee was born June 18, 1938 in Tishmingo, MS. to the late Thomas Everett and Alpha Leora Gober Hall. She was a homemaker and a member of Springfield Baptist Church. The family received friends at the funeral home from 4:00-8:00PM Tuesday and again on Thursday, July 5th, beginning at 9:00AM until the hour of service at 11:00AM.

Diane was born on July 8, 1956 in Ashland City, Tennessee. She was retired from A.O. Smith in Ashland City and attended Millers Chapel Free Will Baptist Church.

She is preceded in death by her mother, Opal Hardin Nicholson.

If so desired, the family requests memorial contributions to the American Cancer Society. All donations may be sent in care of Austin & Bell Funeral Home in Pleasant View. Warren G. Hayes, M.D., 96, of Springfield, TN, passed away, Friday, June 29, 2018. at his home surrounded by family. He was devoted to his family and leaves behind his loving wife, Mary, married for 72 years; children: Richard L. Hayes of Springfield, and Marilyn S. Hayes of Nashville, granddaughter: Krista N. Hayes, Springfield, and great-granddaughter, Kendra N. Hayes of Springfield. Warren was born December 16, 1921 in Braggs, Oklahoma to Lee Hamilton Hayes and Ethel (Griffin) Hayes. He was preceded in death by his parents, brothers: Ralph, Orville, Melvin, Howard, Allen, and twin sister, Juanita.

He received his undergraduate degree from the University of Tennessee in 1950, followed by his Medical Degree in 1958. After an internship at St. Thomas Hospital in Nashville, they moved to Springfield and Warren began practicing medicine. Retiring after 31 years of private practice in 1990, he continued his love of medicine by working for the Public Health Department across several counties for another 7 years. Warren was one of the charter members and a Lifetime Member of the American Academy of Family Practice; a member of the American Medical Association, The Tennessee Academy of Family Physicians, and the Tennessee Medical Association. He served one term as Assistant Chief of Staff, and two terms as Chief of Staff at Jesse Holman Jones Hospital. He was Medical Director at NHC Nursing Home for many years.

If so desired memorial contributions may be made to Springfield First United Methodist Church. Any donations may be sent in c/o Austin & Bell. Mary Nell was born on August 8, 1943 in Adams, Tennessee to the late Ben Carmack and Martha Louise Basford Alford. In addition to her parents she is preceded in death by her brother, Dr. Ben Alford.

She retired as an Insurance Agent CIC and dedicated her life to her family and community.

Memorial services will be conducted at 2:00pm on Thursday, July 5, 2018 at the Springfield 1st United Methodist Church with Rev. Jerry Wallace officiating. Visitation with the family will be on Thursday at the Church from 12:00 – 2:00pm. The family request that in lieu of flowers that donations be made to COPE or Community Spirit, Inc. 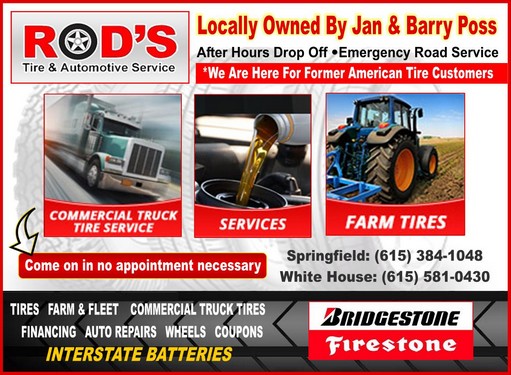