Springfield has won Tennessee’s Municipal Achievement Award for excellence in parks and recreation. The award is no small feat considering there are 348 cities in the state of Tennessee.

Springfield’s Parks & Recreation Director Terry Martin with Springfield’s Mayor Ann Schneider and City Manager Ryan Martin were presented the award at a special ceremony this morning in Gatlinburg Tennessee. Terry Martin told Smokey Barn News that his department deserves all the credit and he is very proud of the work they have done.

“I was very proud when I first received the news that we had won The Municipal Achievement Award in parks and recreation for the state of Tennessee, Terry said in a statement to Smokey Barn News shortly after receiving the award this morning. “I was proud for the Parks department and for the city of Springfield. It just goes to show how awesome our staff is and the hard work that they put in on a daily basis to keep our parks up-to-date and clean and manicured on a regular basis.

“We are very thankful that the additions added to the parks department in the last five years are being recognized (not only) by the citizens of Springfield but also by the Tennessee municipal league. We are looking forward to new additions to come in the city of Springfield.” Springfield Parks & Recreation Director Terry Martin.

“Terry is always brainstorming to see how to improve the parks for our citizens, said Springfield Mayor Ann Schneider. “As soon as one project is finished he is moving on to meet the needs of our growing community. His energy level and his excitement about the projects are contagious.” 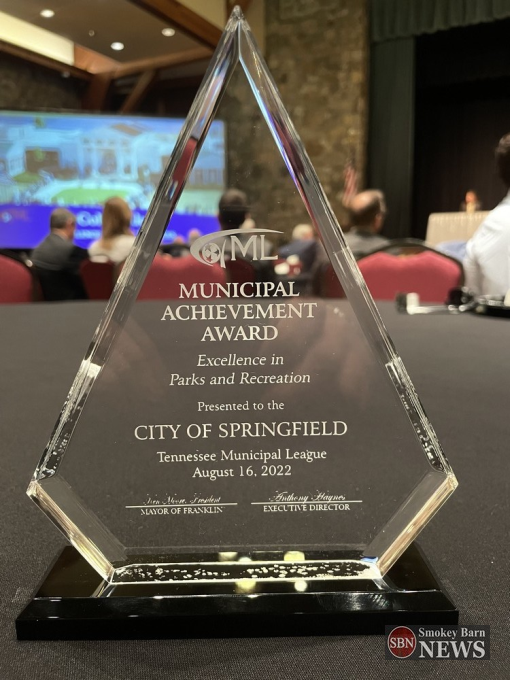 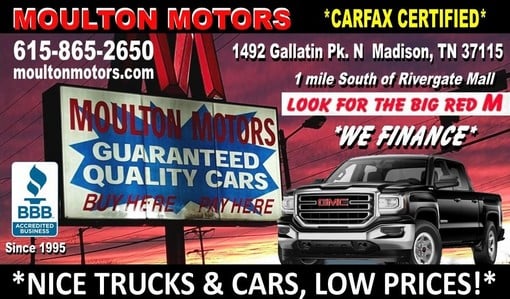