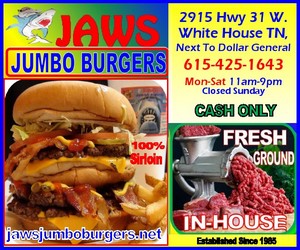 “A juvenile from each school (two males) have been charged with making terroristic threats,” according to Robertson County Sheriff’s Office PIO  Ryan Martin.

“The investigation was handled quickly and the suspects were located,” Martin said.

According to Martin, the first threat was made against Greenbrier High School early Friday morning and the second threat, at White House Heritage High, occurred Friday afternoon.

“The suspects are in custody and there is no current danger from those threats,” Martin said. Martin added that there doesn’t appear to be any connection between the two incidents.

There was also a third incident involving a threat at a Robertson County School earlier in the week. On Tuesday, the Robertson County Sheriff’s Office responded to another “possible threat” at White House Heritage High. 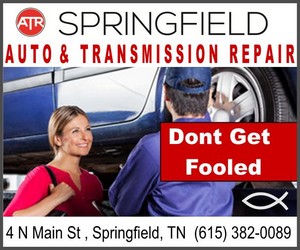 According to the Robertson County Sheriff’s Office Tuesday afternoon, “All has been cleared, the school is safe and no one is believed to be in danger.”

According to Robertson County School’s PIO Jim Bellis, both schools responded appropriately. “At the incident at White House Heritage today, it was deemed to go on a soft lockdown until the alleged offender could be located by the Sheriff’s Office. Once the suspect was in custody the lockdown was lifted.” A soft lockdown allows a normal schedule to carry on inside the school. “At no time were any of our students or personnel in any danger,” Bellis said.

The incident on Tuesday at White House Heritage and the incident at Greenbrier High on Friday did not trigger lockdowns, officials said.

“This afternoon we were notified of a social media post that was of concern.

In conjunction with the Robertson County Sheriff’s Department, an investigation has been made into this post. The subject who made this post was not at school today and at this time the subject has been detained.

Please know that when we are in a soft lockdown for any reasons we are first and foremost concerned for the safety of our students and faculty.

At this time there is no threat to White House Heritage Students and we are having a normal school day.”

As far as the exact nature of the threats, officials are not commenting, only to say that investigations are ongoing and suspects have been charged or appropriate action has been taken. 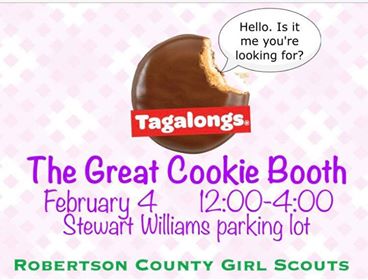 The Robertson County Girl Scout Service Unit 102, (which includes all Troops from Robertson County), will be hostess to “The Great Cookie Booth” in the Stewart Williams parking lot in Springfield, near the road, on Sunday, February 4th from 11:00 – 4:00 p.m.

Come get your Girl Scout Cookie fix to enjoy during the Super Bowl!!